This semester I decided to do as much travelling as possible before I have to leave for good. So this post is an accumulation of all my adventures from the last three months.

In the second weekend of February, I went on my first grand adventure. There is a place called Conisbrough Castle about a two hour’s bus ride away from me, so I hopped on the bus on a Saturday to go see it. It turns out that it’s actually used as a sort of park for kids now. I arrived and found several families picnicking in the old castle grounds within the walls, and kids running around playing knights and princesses and dragons. Technically though, Conisbrough was never actually a castle. It was actually a hunting borough, hence the name: Conisbrough means king’s borough. The place is quite small,  and only the keep (inner tower typically built for defensive purposes) and parts of the outer wall remain. 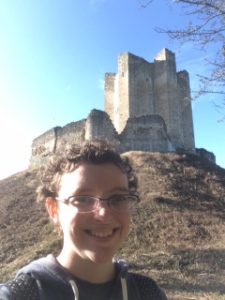 My next adventure was the next weekend. I told a friend at church about my travel to Conisbrough, and she said she was actually planning a trip for the next weekend. So I went with her and her French flatmate to Whitby, which is a town on the eastern coast. There is an old abbey there, at the top of a cliff on the coast. It was absolutely beautiful there. 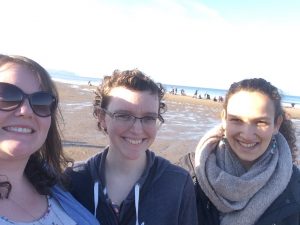 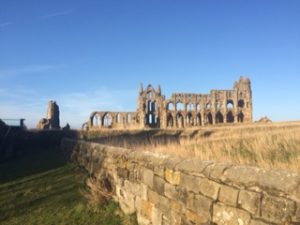 In March, I joined a friend from physics to go hiking in the Peak District with a couple of her friends. The Peak District is a huge national park with tons of hills and gorgeous views. It’s an extremely popular place for hikers of all abilities, as well as rock climbers is some areas. It was extremely windy and cold, but still lots of fun. 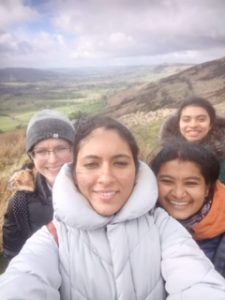 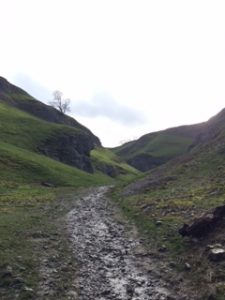 The following weekend, I went on a university-sponsored trip to Llandudno, Wales, and it turned out that my friend’s two friends were on the trip too, so I got to spend the whole time with them instead of on my own. Our bus broke down for an hour half-way there, it ended up pouring raining pretty much the entire time, and all the locals said it was too dangerous to hike up to the famous mine, but we had fun getting miserably wet anyway. 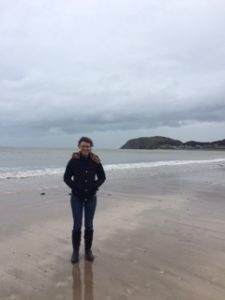 A weekend or two after after that, I met up with my physics friend and her friends to go to this volunteer dog-walking place and an alpaca farm (two different places). You can see my physics friend with the dog in the background of the first picture. It was a beautiful day out, so the dog-walking place was quite busy. Apparently the dog we walked had already been out twice that day, and we passed him off to someone else when we left. The alpaca farm was a small volunteer place. I guess they really only have the alpacas for the fun of having alpacas. They don’t get enough wool to sell, but they have a group of people who spin it into yarn each year and make hats for the regular volunteers. 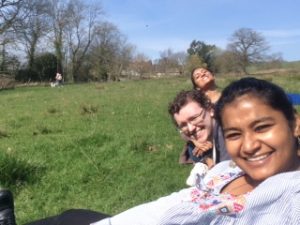 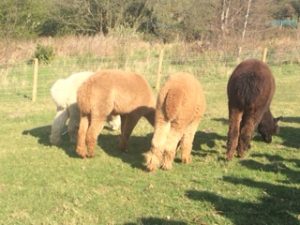 Three weeks of March were designated for Easter break. I spent the first half-week in Paris with a missionary friend of mine who lives there. We went to the Louvre and Musée d’Orsay. I saw the Mona Lisa (albeit from across the room), and I discovered that I can actually appreciate van Gogh’s work. Unfortunately I didn’t get any pictures of myself there, but I did get a picture of a giant hazelnut macaroon I ate. It was quite delicious. The second photo is the skyline from the famous Musée d’Orsay clock. 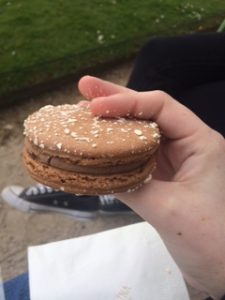 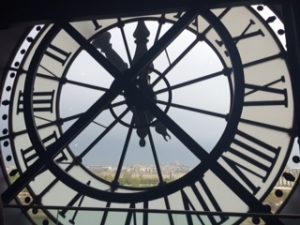 I flew home from Paris to finally see my family again (I didn’t get home over Christmas because I was busy travelling with my sister). It was quite amusing when I first arrived in the airport. The first thing I thought was that everyone sounded weird and had very unsophisticated accents. I guess I’ve been in England too long. Then again, my first layover was in Chicago, so maybe it was just the Chicago accent that was bothering me.

My one requirement for while was home was that I wanted to see a good Kansas thunderstorm (it might rain a lot in England, but apparently thunder just doesn’t exist). Annoyingly, the weather seemed to be taunting me the whole time. I traveled back and forth between Topeka, Wichita, and Norman during the two weeks, and it seemed that each city would get a giant thunder storm as soon as I left it. I actually joked that there was a weather conspiracy against me. I saw the rainbow when travelling from Wichita to Topeka. My grandma said that it started pouring rain and thundering and lightning literally five minutes after I left. All I got was a little rain on the drive up, but the rainbow was nice at least. But finally, two nights before I left, the weather decided to be nice to me. I woke up at about 2 in the morning because my room was literally shaking from the thunder. Now that’s what I call a good storm. The lightning was probably at least 4 miles away, yet is still managed to produce thunder loud enough to make my mom think we were having an earthquake. 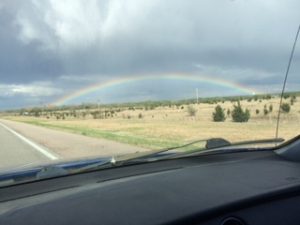 I returned to the UK via Scotland (Edinburgh to be specific) so I do just a little more travelling before returning to school. I did all the typical tourist-y things in Edinburgh, but my favorite part was actually travelling out to see some old, underappreciated castles. They were all huge, and filled with tons of history. It was so cool to be wandering around such ancient, surprisingly well-preserved, remains. I spent hours just wandering around, trying to find all the nooks and crannies. Scotland is now definitely on the top of my list of places I want to revisit. 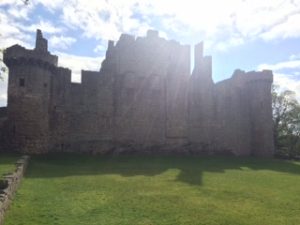 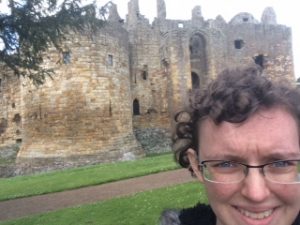 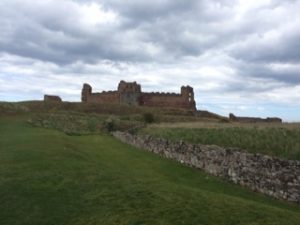 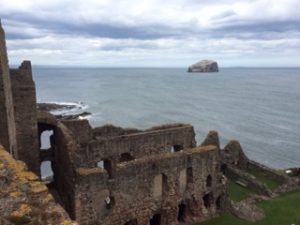